Mississippi Legislature House Bill 412 was signed into law in 2014 and allows for the expungement of first time DUI’s when certain conditions are met.

– The individual was convicted under Miss. Code §63-11-30(2) or (3)
– At least 5 years after the successful completion of the terms and conditions placed on the sentence
– the person does not hold a commercial driver’s license (CDL),
– the person did not refuse to submit to a blood or breathalyzer test,
– the person’s blood alcohol concentration (BAC) tested below .16% if test results are available, and w
– there is some reason the person can provide the Court of why the conviction should be expunged.

If you would like to talk to an attorney concerning if you may be eligable for Mississippi DUI Expungement, call our Attorneys at 601-272-2406.

Additionally in Mississippi the following can be expunged:
– First Offense Misdemeanors (no traffic violations) Miss. Code § 99-19-71
– Further Misdemeanors in municipal court (if the person is shown to have learned their lesson, has good conduct for two years since last conviction, good for society).
– After nonadjudication, dismissal, or retirement of case to file. (charge can be expunged after case dismissed)
– Expungement of Minor in Possession conviction (1 year after dismissal or completion of sentence or payment of fine) Miss. Code § 67-3-70.
– Felony Expungement for bad checks, possession of a controlled substance, false pretense, larceny, malicious mischief, felonies committed under the age of 18. 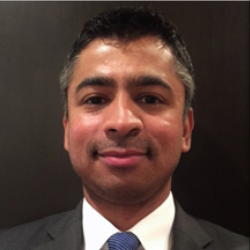 Lesson on the importance of Helmets